Arjun, a police officer, sets out on a mission to hunt down a group of violent bikers after they're involved in a theft and murder. 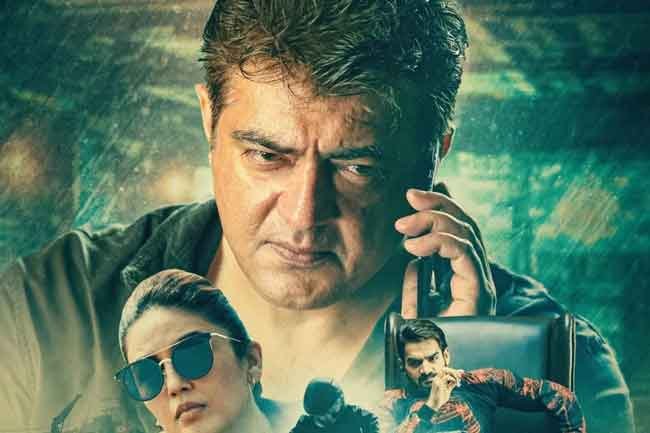 Ajith Kumar’s latest Tamil release Valimai, which registered the biggest opening for a Tamil film on release day in Tamil Nadu, has breached the ₹100 crore club in just three days worldwide. H Vinoth-directed and Boney Kapoor-produced Valimai is an action-thriller about a cop going after an outlaw biker gang. The film made this collection despite competition from Gangubai Kathiawadi and other releases.

As per trade analyst Trinath, the film will comfortably collect over Rs. 200 crore worldwide in its theatrical run. “Valimai has had a fabulous start at the box office, despite releasing on a Thursday. It has clocked Rs. 100 crore in just three days and going by the response, the film will comfortably collect over Rs. 200 crore during its theatrical run,” Trinath told Hindustan Times. He also added that since there’s no major Tamil release in the next two weeks, Valimai will have an uninterrupted run in cinemas.

Popular trade analyst Ramesh Bala took to Twitter to share that Valimai has minted Rs. 100 crore gross at the worldwide box office. Valimai features Ajith as a cop. The film also stars Huma Qureshi and Karthikeya. Apart from Tamil, the film was also released in Hindi, Telugu, and the Kannada language.

Earlier this week, in an interview with Indiaglitz, Boney said “It is definitely very big. I don’t know the exact numbers but from what I’ve heard from my exhibitors and distributors, the number is very big. It is perhaps the biggest opening for any film in the Tamil industry."

Boney forayed into Tamil cinema with Ajith Kumar’s Nerkonda Paarvai, the remake of Pink. Valimai is their second collaboration. The duo has also confirmed that they’ll be reuniting for a third project very soon.