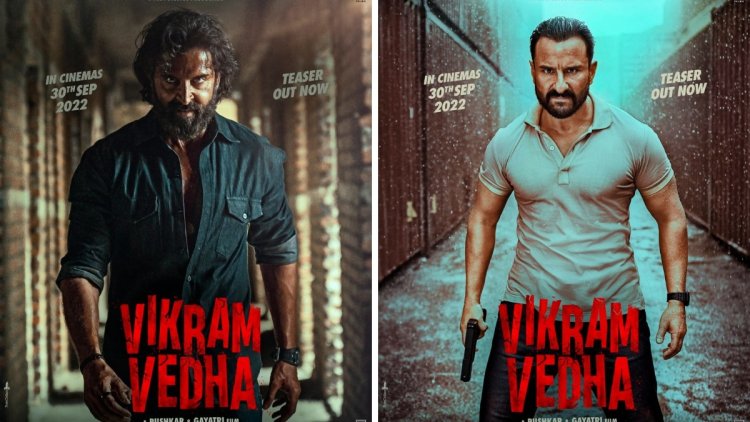 The teaser of Hrithik Roshan and Saif Ali Khan starrer most awaited film Vikram Vedha has been released. Action avatars of both Hrithik and Saif are being seen in the teaser of the film. While Hrithik will play the role of a don named Vedha, Saif will be seen here in the role of a police inspector named Vikram. The action avatar of both the actors is being seen in the teaser of the film. At the same time, apart from Hrithik and Saif, Radhika Apte and Rohit Saraf are also seen in it. The film will be released in cinemas on 30 September.

Action style of both is shown in the teaser
Hrithik Roshan Talwar, AK 47, while Saif Ali Khan was seen using a pistol in the teaser of the film. The 1.54-second teaser rests entirely on the shoulders of Hrithik and Saif. It has top level action and at the same time it is full of powerful dialogues and thrillers. Let us tell you that the Hindi version of the film has also been directed by Pushkar-Gayatri, the producers of the original film.

What is the story of the film 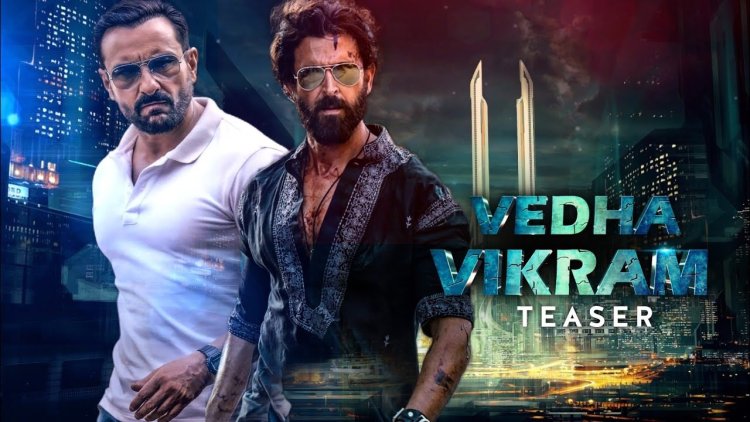 The story of the film is woven around one such cop named Vikram and a gangster named Vedha. Both cannot do anything without each other's help. Vikram catches Vedha and he catches her several times, but each time Vedha runs away after engaging her in a story. Let us tell you that in this film, Hrithik UP will be seen in the role of a don.

Hrithik-Saif working together for the second time

Let us tell you that this is not the first time that Hrithik and Saif will be seen working together. Earlier, both of them were also seen together in the film 'Na Tum Jaano Na Hum' released in the year 2002. Apart from this, both were also seen together in the film 'Luck By Chance' released in 2009 but Saif Ali Khan's extended film. cameo role in that film. Through this film, both will now be seen working together once again after 13 years. Through this film, Hrithik is returning to the silver screen after 3 years.