In the T20 World Cup 2022, the bat of former Indian team captain Virat Kohli is rocking these days. Kohli has been awarded the Player of the Month Award by the International Cricket Council (ICC) for his performance in T20 cricket.... 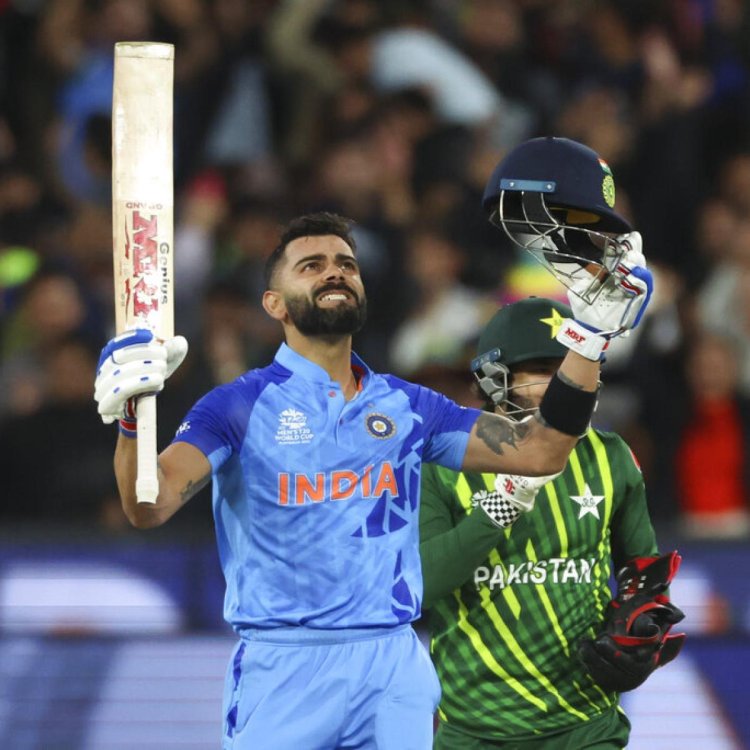 In the T20 World Cup 2022, the bat of former Indian team captain Virat Kohli is rocking these days. But in the meantime he has done another amazing thing. Kohli has been awarded the Player of the Month Award by the International Cricket Council (ICC) for his performance in T20 cricket.

Along with Kohli, Zimbabwe team's Sikandar Raza and South Africa's David Miller were also nominated for the award in the men's category. But this award has come in the account of Kohli. Kohli has received this award for the first time. He has got this honor due to his excellent performance in the last month i.e. October.

Also Read - Anushka gives competition to cricket superstar Virat Kohli in terms of earning, know how much is the daily income

Kohli continues his stellar performance in the World Cup

34-year-old Virat Kohli was battling poor form for almost three years. But he has achieved his rhythm within three months. In this T20 World Cup season, Kohli has scored 246 runs so far.

During this he has scored 3 half-centuries. Kohli has scored all his three fifties in this World Cup against Pakistan (82 not out), Netherlands (62 not out) and Bangladesh (64 not out).

Kohli has already won this award

Pakistan's Nida got the award in the women's category

The ICC on 7 November announced the Player of the Month awards for October in the men's and women's categories. Among men, Kohli won the title, while among women the award went to Pakistan's Nida Dar. Kohli made a dent in 4 T20 matches in the month of October. During this, two half-centuries were scored. In this he played the best innings of his career against Pakistan.