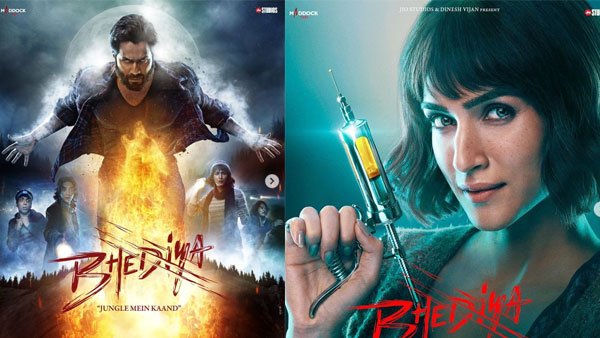 The trailer starts with a funny dialogue, but after that Varun's dangerous style is seen. Varuna lives like a human in daylight, but at night the spirit of a wolf comes to him. Varun himself does not know what is happening to him. Kriti also appeared in a very different style in the trailer with Varun. In the trailer, Varun and Kriti were seen impressing people with their acting. It is worth noting that before 'Bhediya' we got to see similar scenes in Rahul Rai's 'Junoon'. It is being speculated that this film of Varun Dhawan will be a copy of 'Junoon' which came 30 years ago.

The trailer of the film was released in Mumbai. Along with this, all the stars have also shared the trailer on their respective social media accounts. The film is directed by Amar Kaushish. People are praising this trailer of his film fiercely. After watching the trailer of the film, it is clear that Varun Dhawan will be seen in the role of a wolf. A wolf that can become a wolf or a human at any time of its own accord, in simple language, a wishful wolf