What are the Significance, Theme, and History of World No Tobacco Day 2022

WORLD NO TOBACCO DAY 2022: World No-Tobacco Day is an annual event held on May 31, each year, as part of the United Nations Environment Program (UNEP) and the World Health Organization (WHO). 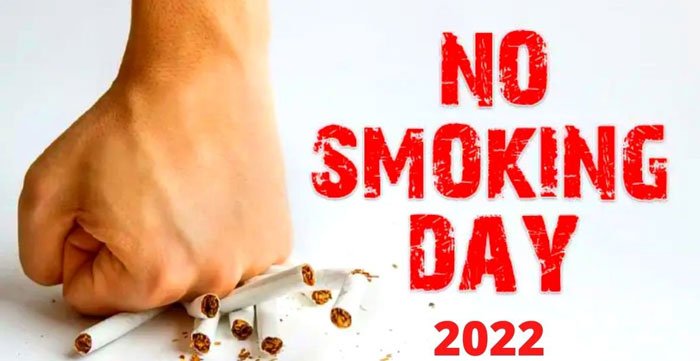 WORLD NO TOBACCO DAY 2022:
World No-Tobacco Day is an annual event held on May 31, each year, as part of the United Nations Environment Programme (UNEP) and the World Health Organisation (WHO). It highlights the negative impacts of tobacco and its industry on human health and the environment and alerts people about the steps they can take to keep themselves and the environment safe from tobacco.

WORLD NO TOBACCO DAY: SIGNIFICANCE
The campaign puts the spotlight on the damaging effects of tobacco on both active and passive smokers. It also underscores how the cultivation of tobacco is damaging our soil and water because of the use of pesticides. Cigarette filters contain microplastics which more often than not, are improperly disposed of, causing the accumulation of such toxic, man-made, and non-bio-degradable material in the environment. Such issues make the event highly significant.

WORLD NO TOBACCO DAY 2022: THEME
The theme of World No-Tobacco Day this year is “Tobacco: Threat to our environment,” as mentioned on the UNEP website. Tobacco impacts both the health of countless people across the planet as well as the environment at large.
Smoke coming out of cigarettes and cigars doesn’t just stain people’s teeth, chewing tobacco. The highly addictive substance contains nicotine, which is known to cause cancer, and diseases of the heart, lung, and liver. Tobacco production harms the environment through pesticide use and deforestation.

WORLD NO TOBACCO DAY: HISTORY
As mentioned on the official WHO website, it was the year 1987 when the WHO member states created the World No-Tobacco Day. That same year a resolution was passed by the World Health Assembly for the creation of a World No-smoking Day. The following year, another resolution was passed by the same body establishing May 31 as World No Tobacco Day. The annual and global celebration has continued ever since. Each year the campaign focuses on a key impact of tobacco use and the tobacco trade, with the ultimate objective to dissuade people from their dependence on the product. This year, the focus is on how tobacco poisons our planet and its environment.