Ghosting in a relationship refers to cutting off all contact with someone without letting him know about it at all. A person, who's ghosting, doesn't give any warning or any explanation before doing so. The person is getting just vanishes from your life and hence this action is known as ghosting. 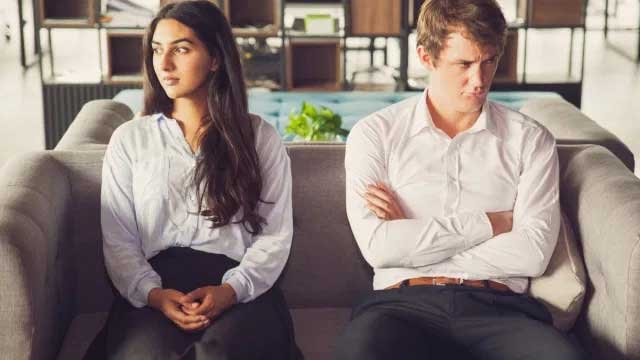 We all have been ghosted at some point or the other - by a friend, 'that someone special, or even an interviewer. The thing that hurts most about ghosting is that you don't get to convey your side of the story or have a proper closure after discussing what went wrong. The sudden and complete absence of a person from our life could make one feel horrible and wonder if they are not worthy of an explanation.

"Ghosting is ending a relationship without an explanation. Sometimes ghosting is abrupt, and other times it happens after you've attempted to repair the relationship," says Nedra Glover Tawwab, NYT Bestselling Author, Relationship & Boundaries Expert in her recent Instagram post, adding, "ghosting is a common way that relationships end when conversations are too hard to have."

image source Vistacreate
While ghosting is often abrupt, at times there could be signs that may go unread. People who do not like confrontations or may fear adverse reactions from the person they are ghosting could resort to it. According to Psychology Today, people tend to ghost more in the case of short-term relationships with low levels of commitment. They usually do it because they are bored and find it convenient. Some may find they don't gel well with the person and do the disappearing act.

"Ghosting can hurt on both sides. The ghost might feel shame, and the ghost desires an explanation or closure. In some cases, ghosting is an attempt to spare the other person from hearing something that might make them feel worse," says the Tawwab.

What the ‘ghost' is trying to say

Ghosting someone can be a way of saying:

1) This relationship is not working for me
2) I don't like you as much as you like me
3) You're hard to talk to, and I can't be honest
4) I'm tired of you not changing after being clear about my needs