What Is the Metaverse, Exactly?

Metaverse is the future of the internet. Or it's a video game. Or maybe it's a deeply uncomfortable, worse version of Zoom. 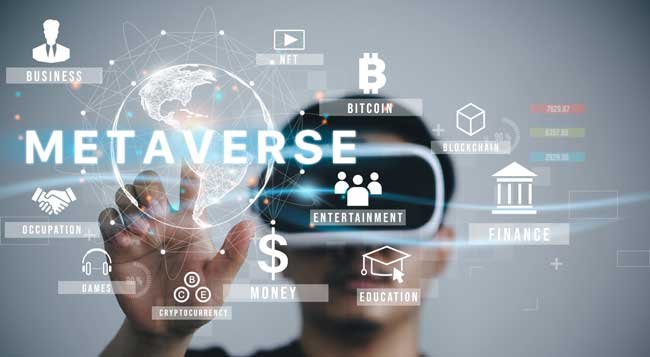 To a certain extent, talking about what “the metaverse” means is a bit like having a discussion about what “the internet” meant in the 1970s. The building blocks of a new form of communication were in the process of being built, but no one could really know what the reality would look like. So while it was true, at the time, that “the internet” was coming, not every idea of what that would look like is true.

On the other hand, there's also a lot of marketing hype wrapped up in this idea of the metaverse. Facebook, in particular, is in an especially vulnerable place after Apple's move to limit ad tracking hit the company's bottom line. It's impossible to separate Facebook's vision of a future where everyone has a digital wardrobe to swipe through from the fact that Facebook really wants to make money selling virtual clothes.

What Does ‘Metaverse’ Mean?

To help you get a sense of how vague and complex a term “the metaverse” can be, here's an exercise to try: Mentally replace the phrase “the metaverse” in a sentence with “cyberspace.” Ninety percent of the time, the meaning won't substantially change. That's because the term doesn't really refer to any one specific type of technology, but rather a broad shift in how we interact with technology. And it's entirely possible that the term itself will eventually become just as antiquated, even as the specific technology it once described becomes commonplace.

Broadly speaking, the technologies that make up the metaverse can include virtual reality—characterized by persistent virtual worlds that continue to exist even when you're not playing—as well as augmented reality that combines aspects of the digital and physical worlds. However, it doesn't require that those spaces be exclusively accessed via VR or AR. A virtual world, like aspects of Fortnite that can be accessed through PCs, game consoles, and even phones, could be metaverse.

What's the Metaverse Like Right Now?
The paradox of defining the metaverse is that in order for it to be the future, you have to define away the present. We already have MMOs that are essentially entire virtual worlds, digital concerts, video calls with people from all over the world, online avatars, and commerce platforms. So in order to sell these things as a new vision of the world, there has to be some element of it that's new.

Spend enough time having discussions about the metaverse and inevitably someone will reference fictional stories like Snow Crash—the 1992 novel that coined the term “metaverse”—or Ready Player One, which depicts a VR world where everyone works, plays, and shops.

Combined with the general pop-culture idea of holograms and heads-up displays (basically anything Iron Man has used in his last 10 movies) these stories serve as an imaginative reference point for what the metaverse—a metaverse that tech companies could actually sell as something new—could look like.

Mentally replace the phrase “the metaverse” in a sentence with “cyberspace.” Ninety percent of the time, the meaning won't substantially change.

How to Set a Daily Step Goal