What is the Navratri festival after all?

Navaratri is a Hindu festival that spans over nine nights and is celebrated every year in the autumn season. It is observed for different reasons and celebrated differently in various parts of the Hindu Indian cultural sphere. Theoretically, there are four seasonal Navaratri. 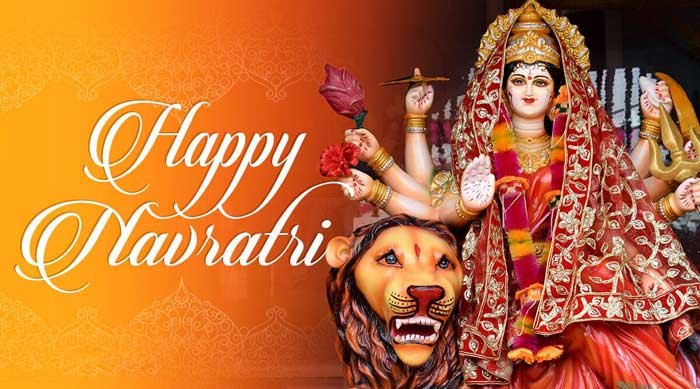 Navratri is a time when Hindus celebrate the goddess Durga for killing the demon, Mahishasura. A more powerful God, Lord Brahma, had blessed Mahishasura with the gift of immortality because of his dedication to him, which meant he could never die. However, this gift did come with one condition - the only person who would be able to defeat Mahishasura would be a woman. Mahishasura didn't think any women would be strong enough to kill him and was happy with the deal. Over the years, Mahishasura and his men became a powerful force attacking people on Earth and no gods were able to defeat him. Finally Lord Brahma, Lord Vishnu, and Lord Shiva - the three most powerful Hindu gods - decided to come together and create the goddess Durga, a powerful woman whose job would be to destroy Mahishasura. 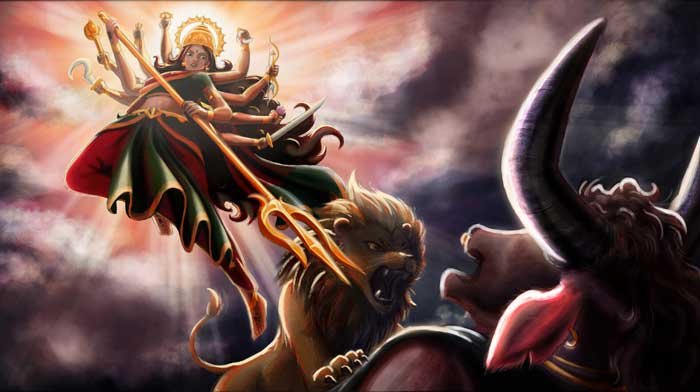 image source Nishita Mohan
The gods equipped the new goddess Durga with lots of weapons before she went into battle with Mahishasura. Durga fought the demon for 10 days, and it proved quite difficult as he kept changing his form to confuse the goddess. However, when he finally turned into a buffalo, Durga was able to defeat him.

Navratri celebrations
During Navratri, some families choose to fast, only having milk, water, fruit, and nuts during the day, followed by a full meal after sunset. Some people only have water and a simple meal at night. The celebrations also involve lots of dancing! There are two main types of dances to celebrate Navratri. The first is Garba, a traditional dance where you clap your hands whilst going around in a circle. The music is exciting and it gets louder and louder with lots of drumming. 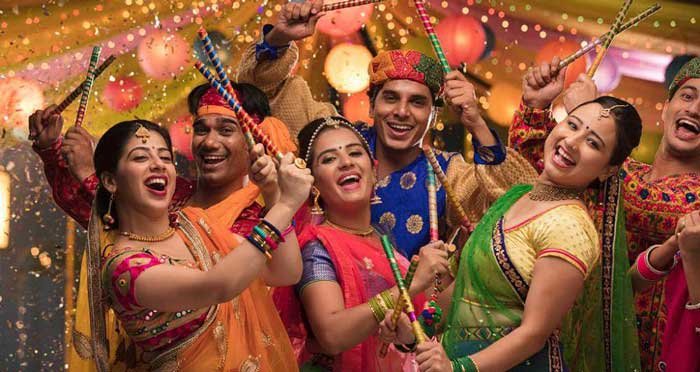 image source VenueLook Blog
The other dance is called Raas. Worshippers use what are known as dandiya sticks which are usually wooden, decorated with ribbon. The sticks are hit together to the rhythm of the music. After Raas, there is the prayer or worshipping ritual called the Aarti. Candles or lamps are lit while special prayers are recited.