Rajasthan, one of the royal state of India, a princely state known for camping in the desert, the local food- Dal Bhatti Churma, culture, the hospitality & much more.

Rajasthan has artistic and cultural traditions It is also a tourist destination with lots of tourist attractions and good tourist facilities. This historical state of India attracts tourists and vacationers with its rich culture, tradition, heritage, and monuments. It has also some sanctuaries & national parks. More than 70% of Rajasthan is vegetarian, which makes it the most vegetarian state in India.
Let’s discuss in depth some of the ‘wow’ facts relating to this state:
Music and dance: 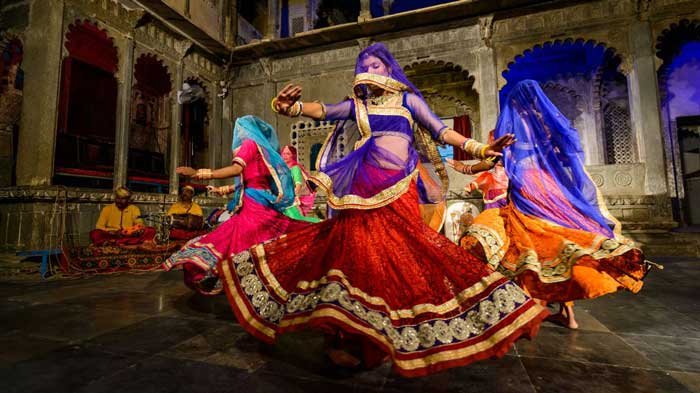 Image source rajasthanfortsandpalaces
The Ghoomar dance from Jodhpur and the Kalbeliya dance of Jaisalmer have gained international recognition. Folk music is a vital part of the Rajasthani culture. Kathputali, Bhopa, Chang, Teratali, Ghindar, Kachchhighori, Tejaji,parth dance, etc. are examples of the traditional Rajasthani culture. Folk songs are commonly ballads that relate heroic deeds and love stories, and religious or devotional songs are known as bhajans and banis (often accompanied by musical instruments like dholak, sitar, sarangi, etc.) are also sung. Kanhaiya Geet also sung in major areas of the east Rajasthani belt in the collection manner as the best source of entertainment in the rural areas. 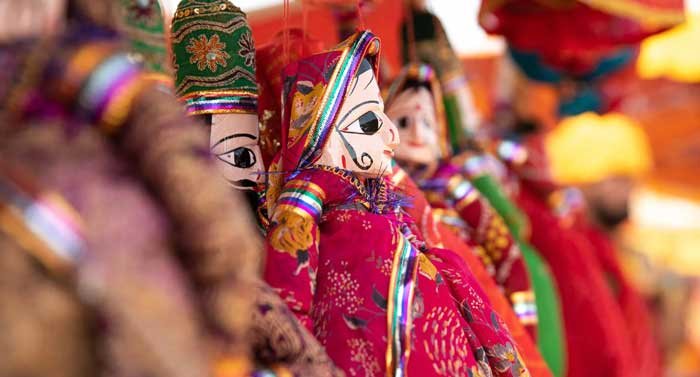 Image source India Someday
The main religious festivals are Deepawali, Holi, Gangaur, Teej, Gogaji, Makar Sankranti, and Janmashtami, as the main religion is Hinduism. Rajasthan’s desert festival is celebrated with great zest and zeal. This festival is held once a year during winters. People of the desert dance and sing ballads of valor, romance, and tragedy. There are fairs with snake charmers, puppeteers, acrobats, and folk performers. Camels play a prominent role in this festival.

Image source Lakshmi Sharath
The Bhangarh Fort is said to be one of the haunted forts in India and also among the top 10 haunted places of India. The fort is located in the Alwar city & was built by the ruler of the 16th century of Amber- Raja Bhagwant. It is said that a Tantrik cursed this village Bhangarh to horrify the princess Ratnavati. It is not allowed to visit this fort after the sunset as it is said to be guarded by the spirits. The Tantrik cursed that no villagers can stay or build their houses here & since then this village is abandoned & the closest village is at a distance of 5km. So if you have the daring & wish to visit this place, try going before sunset or after the sunrise. 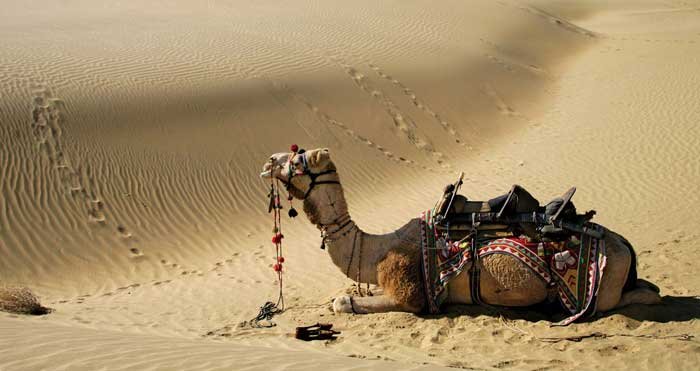 Image source Britannica
The Thar Desert is the 17th largest desert in the world & 60% of the desert’s region is in the state of Rajasthan. The neighboring state also shares some of the parts of this desert – Gujarat, Punjab, Haryana & Sindh in Pakistan. The Thar Desert is many a time also said to be the Great Indian Desert. The desert is quite secluded with a population of approx. 80 people per km & enjoys a hot & humid summer month & cold to extremely cold in winters.

image source rajasthanfortsandpalaces
Luni River is said to be the only saline river & is one of the largest rivers in the Thar Desert. The name of river is named after the Sanskrit word- Lavanvati meaning a saline river. This river flows through the Thar Desert & ends in the Kutch, Gujarat. The river has the highest amount of salt present in it. And the Luni river is the only one that is unified into a desert.

Image source MakeMyTrip
Karni Mata Temple or the Rat Temple is located in the Deshnoke District, 30 km far from Jaisalmer. Around 25,000 black rats live here in the temple & these rats are worshipped also. This temple enjoys many tourists from India & internationally who come to pray these rats. Among the black ones, there are only 4 white rats here, which are believed to be the sons of the Karni Mata & these white rats are considered to be extremely auspicious. So, make sure to look out for the white rats especially here to seek some special blessings.

Image source Whats up Life
Kuldhara village is located in the Jaisalmer city & is said to be a deserted village. This village was the home to the Paliwal Brahmins in the 13th century who moved to Pali later. But later in the 19th century, the Brahmins got vanished. It is said that within a night span, the whole village got emptied. There are many different reasons like lack of water supply, earthquakes & so on. The locals though narrate a different story by claiming this place to be cursed by the residents.

The above listed are some of the odd yet interesting facts which describe the state of Rajasthan.

Troubled by runny nose? Follow these 4 easy home remedies to get rid o...

Benefits Of Having Petty Arguments In A Relationship