Who Is Dan Bilzerian Wife, Hailey Grice? Know Everything About Hot Model Who 'Married' with Bilzerian.

Reportedly, Dan Bilzerian's wife's name is Hailey Grice, a fashion model with a social media influencer tag who loves to keep her personal life away from the world. As per reports, Hailey was the lady who walked down with Dan on the wedding aisle wearing bridal attire. 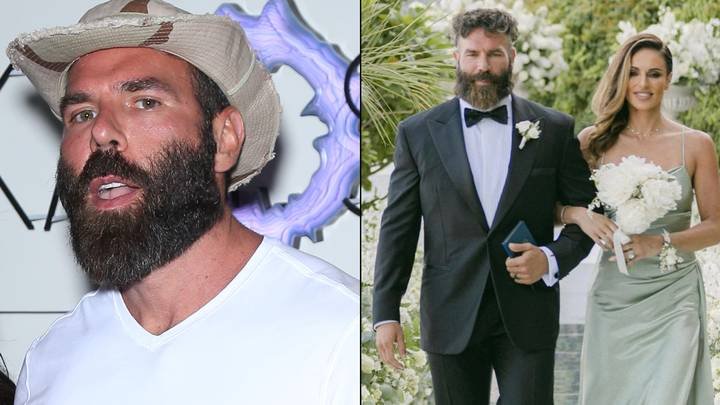 The internet's playboy and celebrity poker player, who is well known for his lavish lifestyle, has been running in the headlines for his latest picture with a mysterious woman. The billionaire businessman in the viral photo was seen walking down a wedding aisle with a woman in a bridal dress. Several rumors and messages about Dan's better half have been poured in from across the world. The search bars have been used to find out about the lady who tied the knot with social media influencers. Some news reports stated that the lucky lady was Hailey Grice, a famous model whose Instagram feed is overloaded with too-hot-to-handle content. Hailey has appeared in many projects but did not reveal further information about any marriage with Dan on her social media. Neither Bilzerian had mentioned anything rather than 'I finally did it.

The man in his finest tux has a flashy and extravagant image on the public front, one that just does not brim with luxury but also includes hanging out with new women daily. This made him grow a major fan following, primarily among males. For all the choices the American star made, his followers found it hard to trust that someone like him would put his roots down.

The professional poker player reportedly tied the knot with Hailey Grice on July 24 at a private French wedding. Although not many facts are available regarding Dan Bilzerian's alleged wife Hailey Grice, who lives a confidential life even though have a tag of social media influencer. The rumored wife was dressed up in a green gown with a bouquet in her hands. Dan was in a black tux, holding the hands of his lady love. The picture has created much speculation about the woman. Some fans called it a fake wedding, while others were left confused about the identity of the woman. Some also wrote that it was simply a prank.