Who is Pandit Pradeep ji Mishra, why is he known for Shiv Purana

Pandit Pradeep ji Mishra is a Hindu mythology narrator, singer and spiritual guru, who has created public consciousness and religion through his stories in the country and abroad. Doing the work of publicity, millions of people listen to the story of Shiv Mahapuran of Pandit Pradeep Mishra ji, his story style and his speech has won the minds of all the devotees, so let's know. About them……… 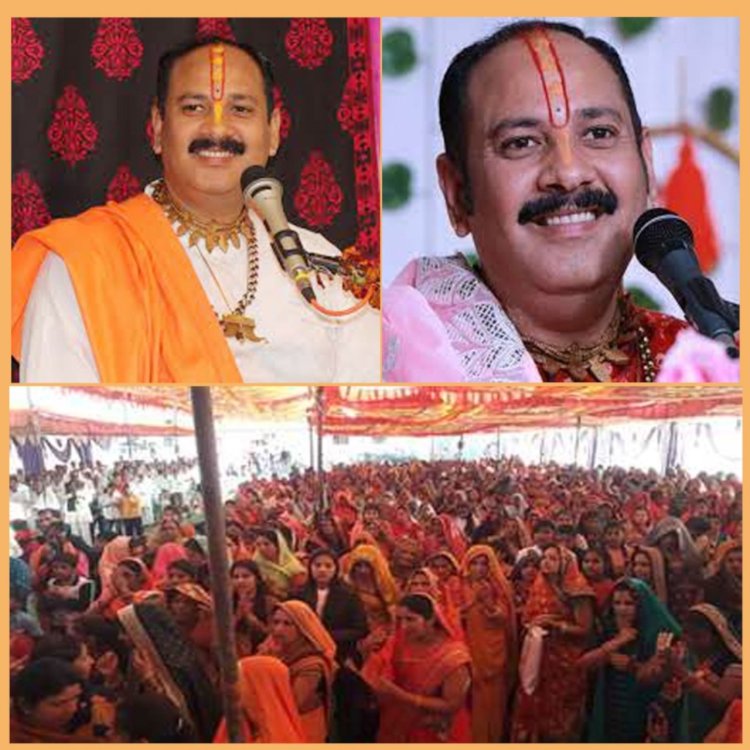 Pandit Pradeep ji Mishra is a Hindu mythology narrator, singer and spiritual master, who is doing the work of public consciousness and religion propaganda in the country and abroad through his stories, millions of people listen to the story of Pandit Pradeep Mishra ji's Shiv Mahapuran. Let's do his story style and his speech has won the hearts of all the devotees.

He inspires people to walk on the right path through his hymns. There are many narrators like Anurudhacharya, Devkinandan Thakurji, and there are many other narrators. Pandit Pradeep ji Mishra is one of those who made his place among crores of people through his stories.

Pandit Pradeep Mishra Education
Pandit Mishra ji has done his schooling from his birthplace Sehore and after that he has also obtained a bachelor's degree. Apart from this, he has done a deep study of Hindu religious scriptures.

Married Life of Pradeep Mishra
Pandit Pradeep Mishra is a married man and has a wife and children together, but no information about him has been given by him till now because he does not like to make public things related to his life.

Pandit Pradeep ji Mishra ji has 13 lakh + subscribers on his YouTube channel and 10 lakh + followers on his Facebook page.

Religious work of Pandit Pradeep Mishra
Pandit Pradeep Mishra is a Hindu storyteller, he always gives a good statement on those aspects related to Hinduism.
After listening to which every person who follows Hinduism awakens in his heart the feeling of being loyal and devoted to his religion.

The most interesting thing about them is that in today's time, they also work to increase the enthusiasm of the youth and also tell inspirational stories, that is why their popularity is increasing continuously. The more interesting thing about Pandit Shri Pradeep Mishra is that he donates most of his earnings to charity, due to which the downtrodden become good.