Whome did Allu Arjun say: ‘Elated you felt the fire’

Violence erupts between red sandalwood smugglers and the police charged with bringing down their organisation in the Seshachalam forests of South India. 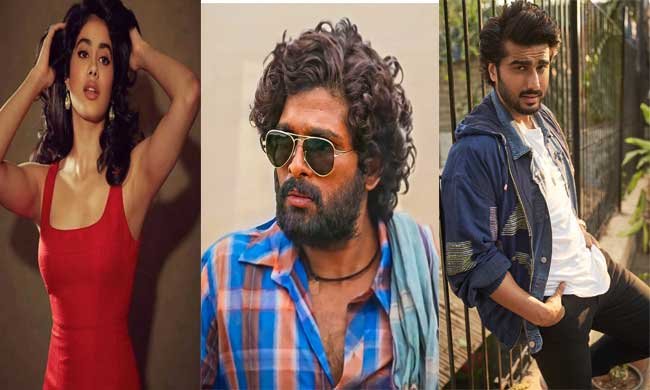 Pushpa: The Rise was the most successful Indian film of last year, breaking several pandemic-era box office records. The Telugu film outdid even many Hindi releases through its run at the box office and its Hindi dubbed version is still going strong in the theatres nearly a month after its release.

On Sunday, actors Arjun Kapoor and Janhvi Kapoor shared words of appreciation for the film and its leading man Allu Arjun on social media. Allu Arjun responded to the praise and thanked them.

Arjun shared a still of Allu Arjun from Pushpa on Instagram Stories and wrote a long note applauding the film and the actor. “Pushpa is not a film. It’s an experience, a juggernaut of attitude intensity and coolness put together in one smooth poetic motion picture…” he wrote. The actor added how Allu Arjun has broken the mold of his earlier performances in this film. He added, “@alluarjunonline for me was always Arya all these years and as a fan to see him go from Arya to Pushpa was just amazing… Pushpa isn’t a flower it’s fire…the fire of his eyes burning on the screen.”

Allu Arjuns responses to Janhvi and Arjuns comments on Pushpa.
Allu Arjun reshared Arjun’s praise on his own Instagram Stories and thanked his counterpart. “Thank you so much for such heartfelt words. Elated that you felt the fire. Thank you for all the love. Humbled,” he wrote, adding a fire emoji.

Arjun’s half-sister, actor Janhvi Kapoor also shared some words of praise for Allu Arjun on her social media. Sharing the same poster of Allu that Arjun had, Janhvi wrote, “The coolest man in the world,” and added a ‘mind blown’ sticker. Allu Arjun responded by tagging Janhvi in his Instagram Story and writing, “Thank you soo much. Thank you for all love.”

Pushpa: The Rise has earned more than ₹300 crores at the box office globally, becoming the highest-grossing Indian film of 2021. While the film’s south language versions have been released on Amazon Prime Video, the Hindi version is still running in theatres, doing good business.