Why Brinda Karat moves SC: And why MCD may not be obligated to stop action on reports

According to the reports, the Communist leader has filed a petition in the Supreme Court urging the court to cancel the anti-encroachment drive and not proceed without ‘due process of law’. 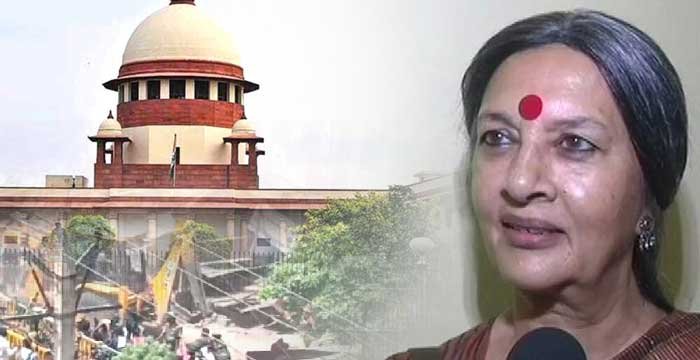 According to the reports, the Communist leader has filed a petition in the Supreme Court urging the court to cancel the anti-encroachment drive and not proceed without ‘due process of law’. In her petition, Karat claimed that the authorities refused to discontinue the operation until 12.25 pm despite her reaching the spot and bringing to their notice that the SC had stayed the anti-encroachment drive.

Brinda Karat also claimed that the NDMC officials started demolishing houses, shops, and other buildings without giving a proper show cause and giving breathing time to people residing/working in the Jahangirpuri area of North Delhi, denying their precious constitutional rights and right to life.

“The entire action is absolutely and manifestly arbitrary and in violation of Articles 14, 19, and 21. Their only shelter and buildings for their livelihood are demolished in utter disregard to statutes and the Constitution. People residing and working in the Jahangirpuri area are very poor and marginalized who are incapable of resisting the illegal, inhumane action of the respondents,” Brinda Karat claimed in her petition. Delhi police had asked the controversial Communist leader to vacate the demolition site and not create any chaos.

Delay in NDMC officers receiving Supreme Court’s orders
However, some have criticized the actions of the Communist leader, saying she had no locus standi on the issue. More importantly, the Communist leader’s attack on the NDMC officials is being seen as obstructing public servants from carrying out their duty.

As NDMC officials had not received the order of the Supreme Court, they were carrying out the anti-encroachment drive as mandated by an elected body, i.e., the New Delhi Municipal Corporation. Mayor Raja Iqbal Singh had also stated that the drive would be halted when they received the order. Hence, it is not entirely proper to intimidate and obstruct public servants by filing a petition in the Supreme Court for carrying out their duty, in this case, the anti-encroachment drive in Delhi’s Jahangirpuri.