Why did Amitabh Kant, former CEO of NITI Aayog say so, we need 10 thousand Ambani and 20 thousand Adani's 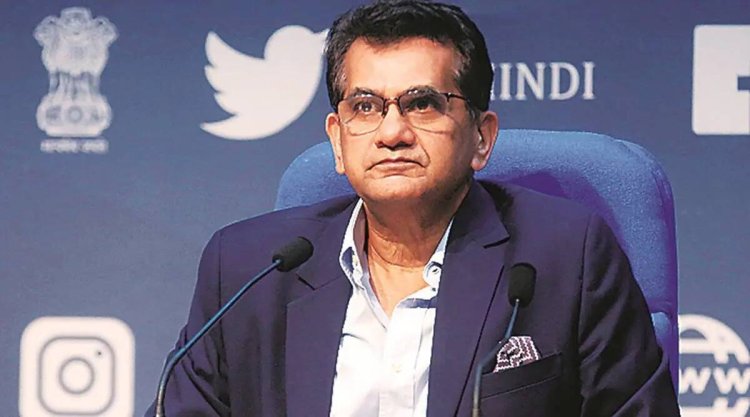 Former CEO of NITI Aayog Amitabh Kant has described the development of private sector in the country as very important for development. In the meeting of G-20 countries, he said that for the development of the country, we need not one Ambani and one Adani, but 10 thousand Ambanis and 20 thousand Adanis. He said that India cannot progress without prosperity. India needs to progress at the rate of 9 to 10 per cent for the next three to four decades. India cannot progress without the private sector. India wants the private sector to grow and prosper. We don't need Ambani or Adani. We want that there should be 10 thousand Ambanis and 20 thousand Adanis in the country.

Former CEO of NITI Aayog Amitabh Kant said in the G-20 meeting that it is not only an organization of countries but it can also be called a business organization. The former CEO of NITI Aayog clearly said that the country cannot progress without the progress of the private sector. will have to take advantage of. You have to expand in your area. This is an opportunity we will never get again. During this, Amitabh Kant also mentioned the challenges of India in the path of development.


Amitabh Kant said, 'If India has to achieve a growth rate of 9 to 10 percent for three decades, then you have to grow at the rate of 30 to 40 percent every year. This is a challenge for India. If the development of the private sector is not possible, then we believe that this organization does not belong to the governments alone. If you people will not develop and prosper, India will not grow. He said that India is presiding over the G20 amid global challenges. Any of our actions can turn into an opportunity in the future.

Also Read - Rashmika Mandanna breaks silence on getting 'hate' from users, and gives a befitting reply to trollers