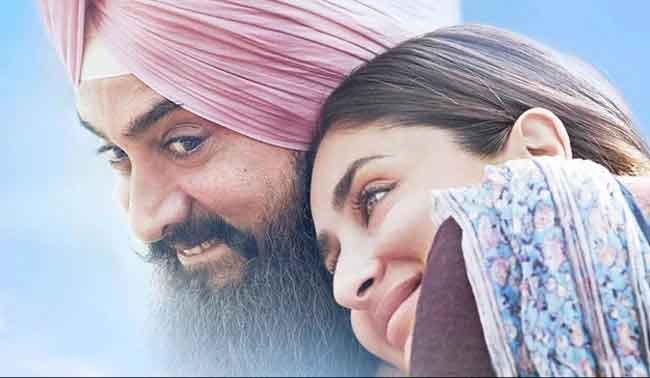 Actor Aamir Khan's upcoming film Laal Singh Chaddha on Tuesday got a new release date. Taking to Instagram, Aamir Khan Productions issued a statement announcing that the film will hit theatres on August 11 this year and not April 14. The statement also thanked Prabhas' Adipurush team for 'shifting the release date' of their film. However, it has not been revealed when Adipurush will release. It was earlier scheduled for the August 11 release.

The statement read, "This is to announce that our film, Laal Singh Chaddha, will not be releasing on 14th April as planned. This is because we are unable to complete the film in time. The film will now be releasing on 11th Aug 2022 in theatres worldwide."We would like to thank Mr. Bhushan Kumar, T Series, Om Raut, and the entire team of Adipurush from the bottom of our hearts."

"We would like to thank them for being so helpful and understanding, and for shifting the release date of their much-awaited, Adipurush, starring Prabhas, Kriti Sanon, and Saif All Khan, so that Laal Singh Chaddha can come on 11th Aug 2022," concluded the statement. The caption of the post read, "#LaalSinghChaddha @viacom18studios @tseriesfilms." 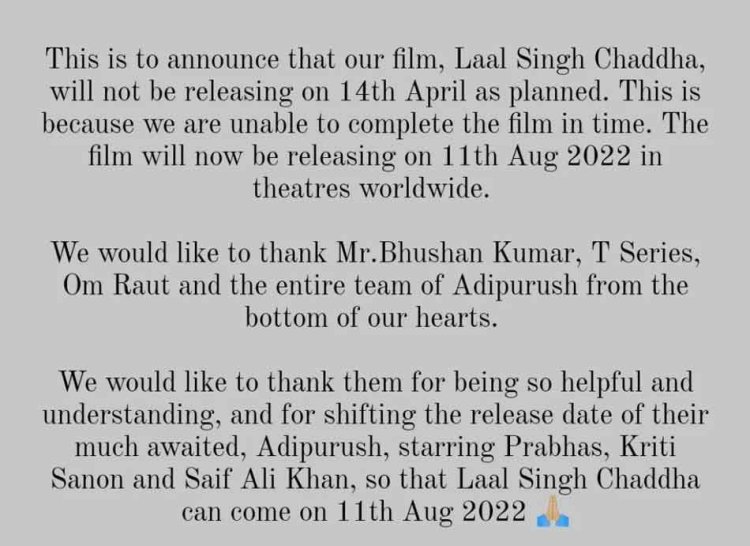 image source instagram
The statement was issued just after actor Aamir Khan was seen at the T-Series office in Andheri, Mumbai on Tuesday. The film, which has been delayed multiple times, was initially slated to release on Christmas last year. Laal Singh Chaddha is the official Hindi remake of 1994 Hollywood blockbuster Forrest Gump, featuring actor Tom Hanks.