Actress Sunny Leone is a proud mother to three adorable kids Nisha, Asher, and Noah. While she and her hubby Daniel Weber welcomed twin boys, Noah and Asher, via surrogacy in 2018, Nisha was adopted by them in July 2017. It was recently only when the actress got mercilessly trolled by netizens, accusing her of adopting a baby girl only for publicity. Now, the actress has given a befitting reply to all such people who comment against her motherhood. In a conversation with a news portal, the actress said, 'I think that the person who wrote that is someone who is not a part of my daily life. 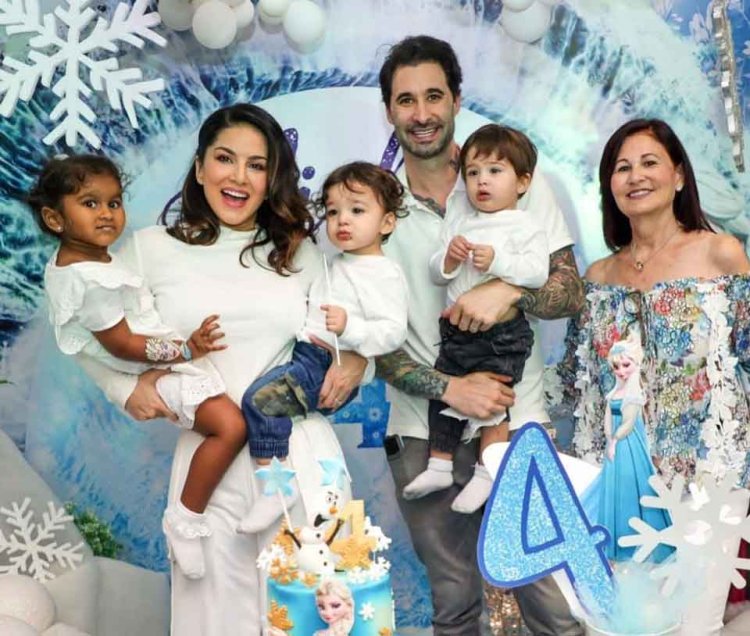 image source masala
I don't need one picture to dictate my parenting to my children and someone to judge me based on one picture. How about you live your life in my shoes for at least five minutes before you sit and judge me, my kids, and my family and my parenting skills and me loving one over the other! I mean, it's ridiculous, it's childish.' Asking trolls to 'grow up, she further added, 'Any parent out there knows what it's like to raise a child and there are also parents out there who know what it's like to raise multiple children. For the comments that were made, 'grow up, that's what I'm going to say.'

Recently, Sunny Leone received a lot of backlashes after a video went viral on social media wherein she can be seen walking her sons Asher & Noah down the stairs, while her daughter Nisha is walking on her own. The video clip irked a section of netizens who started bashing Sunny Leone for ignoring Nisha as she is adopted and went on to say that she adopted Nisha just for publicity. After this Sunny's hubby, Daniel came out and defended his actress, wife by saying, 'This is absurd. I don't even want to talk about it. I really don't care about what people think. My sons are three years old and they run around as wild animals do in the park, while my daughter is six and she knows how to walk. She is the princess of my house. It's absurd that people have such thinking.' For more news and updates, stay tuned to Times.