Why did Elon Musk challenges Putin to fight?

SpaceX chief Elon Musk wants to fight Vladimir Putin. The billionaire techno king on Monday said that he wants to battle it out with the Russian President as Moscow continues to invade Ukraine for the third week now. 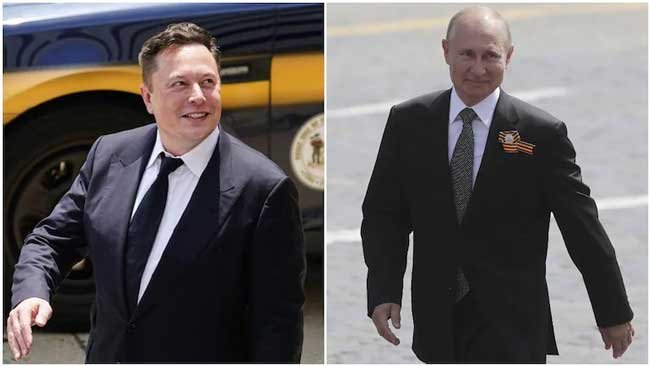 Elon Musk, the world's richest man, on Monday challenged Russian President Vladimir Putin to a fight, with nothing less than the fate of Ukraine, scene of Moscow's brutal invasion, at stake.

The eccentric billionaire and founder of aerospace company SpaceX took to Twitter, where his messages are notoriously erratic, to see whether the Russian leader would test his mettle in person rather than through his country's forces fighting across the border. "I hereby challenge Vladimir Putin to single combat. Stakes are Ukraine," said Musk.


"Do you accept this fight?" he added in Russian, directly addressing the official English-language Twitter account of the 69-year-old president. When one of Musk's 77 million followers wrote that the Tesla founder might not have thought his challenge through, Musk said he was "absolutely serious."

"If Putin could so easily humiliate the west, then he would accept the challenge. But he will not," he added. There was no immediate reaction from the Kremlin.

The South African-born Musk, 50, had already offered his support for Kyiv, tweeting "Hold strong Ukraine" this month while also offering "my sympathies to the great people of Russia, who do not want this" war. He also responded to a Kyiv plea by activating the Starlink internet service in Ukraine and sending equipment to help bring connectivity to areas hit by Russian military attacks.