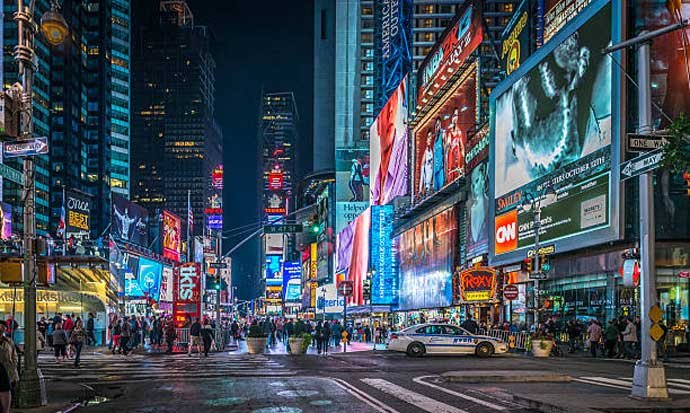 Restaurant reservations are getting harder to come by. Offices are filling up. Theatre-goers are returning to shows ahead of the Tony awards season. And on Wednesday, New York Governor Kathy Hochul announced the state would drop its mask mandate for most businesses starting on Thursday, providing what restaurateurs, property owners and small businesses called a clear sign that a post-omicron revival is on the horizon.

“Here we are back from our pandemic sabbatical,” said Deborah Borda, chief executive officer of the New York Philharmonic, which hosted a Lunar New Year gala this week. During a performance at Alice Tully Hall in Manhattan, ushers patrolled mask-wearing with a few reminders to patrons to slide the face coverings back up their noses. But masks were off, tuxedos and gowns on glittering display afterward at a gala supper for 175 guests.

Psychological Sign
That sense of energy was zapped out of the city during the dreary months of December and January, when the omicron variant whipsawed across the city, leading to school closings and vacant offices. Cancelled Broadway shows and empty restaurants stoked depressing flashbacks of the pandemic’s onset in March 2020, while Covid-inflicted labour shortages led to service suspensions on the subway and airlines in the middle of the busy holiday travel season. 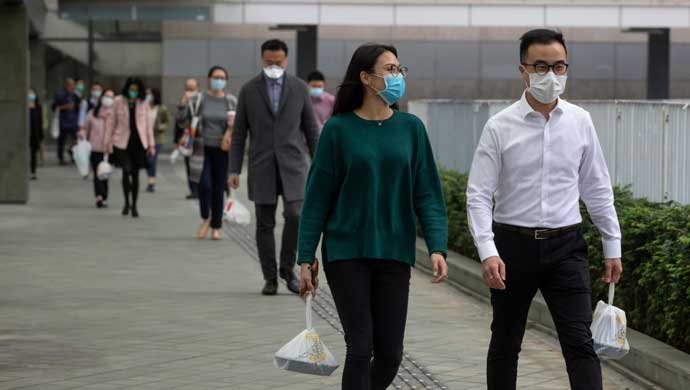 image source Time
A dearth of Covid tests prompted long lines across the city, as New Yorkers grappled with the reality that omicron could overtake a metropolis with some of the highest vaccination rates and most stringent rules on vaccine requirements and mask-wearing.

Back to Work
It looks like fundraising events and Broadway shows will have a comeback even before the spring, with the virus on the wane. All 350 tickets were already claimed for a Feb. 25 luncheon supporting playgrounds in Central Park. Sutton Foster, who's starring in 'The Music Man' when it opens on Broadway on Feb. 10, will speak as guests dine on chicken cobb salad and petit fours at the Mandarin Oriental.  Plaza Suite, starring Matthew Broderick and Sarah Jessica Parker will open for previews on Feb. 25. Broadway theaters will keep its mask and vaccine mandate in place at all theaters until April 30, according to the Broadway League. 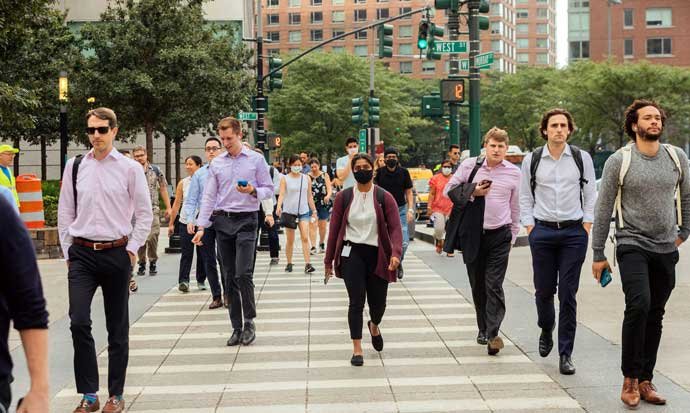 image source nytimes
Power lunches and after-work cocktails also have resumed, prompting bankers and lawyers to fish out their blazers and shine their shoes for the occasion. “The Knicks and Rangers, concerts at the Beacon, have all been attended very well with confidence,” said Tony Malkin, CEO of Empire State Realty Trust, which owns the Empire State building. “All these things provide some level of normalcy to help bring people back.”
Conferences like the New York International Auto Show and the Magic New York apparel showcase are slated to return to the Javits Center, while highly-caffeinated employees of tech giant Salesforce Inc. fanned across the Marriott Marquis in Times Square, the Westin Grand Central and five other hotels this week for a “company kickoff” with 5,000 workers.