Hardik Pandya eats this diet before the match, private chef told the secret of staying fit

Team India's all-rounder player Hardik Pandya often takes his personal chef with him wherever he goes to play matches. Hardik Pandya's chef has also accompanied him in the T20 World Cup tournament being held in Australia....... 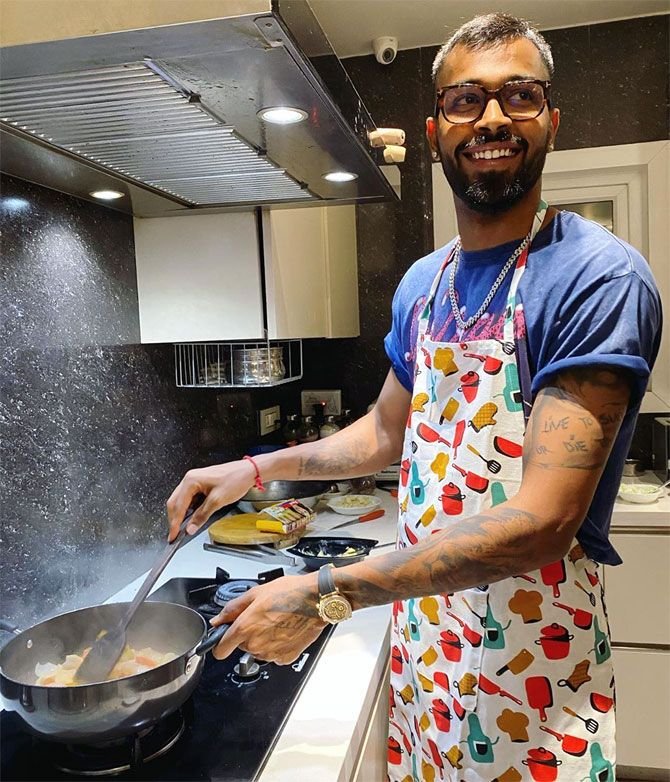 Team India's all-rounder player Hardik Pandya often takes his personal chef along wherever he goes to play. He is also accompanied by the chef of Hardik Pandya in the T20 World Cup tournament being held in Australia. Hardik has taken an apartment for his chef near the hotel where Team India is staying. So what does Hardik eat before he hits the playground? What is Hardik's diet plan for fitness?

What does Hardik eat for his fitness?

According to the report, Hardik Pandya's personal chef is Aarav Nangia. Nangia is currently in Australia with Hardik. And every day prepares food for Hardik and takes him to the hotel. The Nangias make hearty Moong Dal Khichdi. After tempering, add light spices and a little ghee.

Team India does not travel with a private chef. The players are usually given their food expenses on a daily basis. However, Pandya often travels with his chef so that his dietary needs can be properly met.

“It was important for me as a professional athlete to meet all my needs and make sure that I do not compromise on anything. For me, being the right chef and getting proper sleep was important in my journey of fitness. I have hired a chef so that I can play my game and he will take care of my food.

Hardik Pandya grew up in Gujarat, so he likes to eat vegetarian food.

This is how moong dal khichdi is made