‘Hindus should be raped, identified and killed’: Audio clip of Instagram influencer Sabnam and her friend Nadeem goes viral

Nadeem said, "I have seen three Hindus being killed in front of my eyes. They die daily in our area. They should be killed openly. A few days ago, a cow was being killed. A Hindu approached and raised an objection. I told him to call Police and administration. They would not do anything." 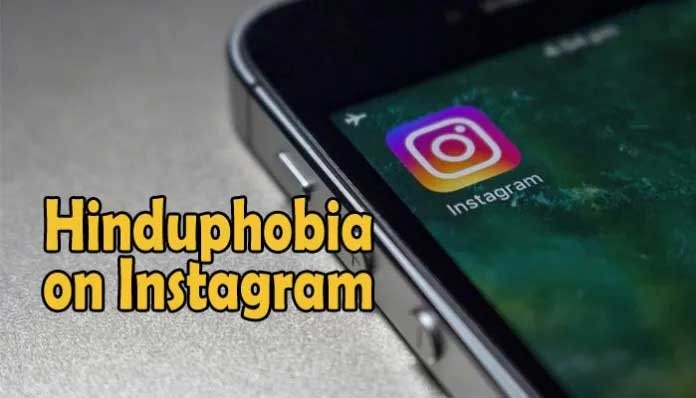 On April 6, an audio clip of Instagram influencer Sabnam and her friend Nadeem went viral on social media platforms in which Nadeem was heard saying Hindus should be raped, identified, and killed. Sabnam could be heard laughing and giggling when Nadeem was continuously abusing Hindus in the 2-minute clip. At one point, she even declared Nadeem the “funniest guy”.

The audio clip was shared on Twitter by one TiredBhiim. In his tweet, he said, “Absolutely Sickening!! See the amount of hate these people have for Hindus. They are Sabnam & her friend Nadeem.” OpIndia has decided not to transcribe the audio as it is but to provide a gist of the conversation as the content is too vile and abusive.

Absolutely Sickening!! See the amount of hate these people have for Hindus. They're Sabnam & her friend Nadeem.

Nadeem said, “I have seen three Hindus being killed in front of my eyes. They die daily in our area. They should be killed openly. A few days ago, a cow was being killed. A Hindu approached and raised an objection. I told him to call Police and administration. They would not do anything.”

Continuing his abuse while Sabnam kept giggling, Nadeem said, “Hindu religion is nothing. These people imagine things. One God of them has the head of something else. Another is half and half. These people are the garbage of the world.” To his abuses, Sabnam said, “I choked while laughing. Nadeem comedy king, seriously!”

Nadeem challenged everyone and said, “If anyone wants to report me, go ahead. If I had an AK 47, I would have identified and killed them one by one. Hindus should be raped. I will do it. I have raped three Hindu women.” He kept using vile, absolutely filthy abuses for Hindus throughout the clip.

When Sabnam asked him to calm down, he said, “I want them to kill me. Make me a martyr. There will be 100 more after me. What will they do then?” Another part of the audio file has also been going viral on the internet. In the audio, Nadeem could be heard saying that Hindus are afraid of death while Muslims are fearless. “You Hindus might be afraid of death, we are not. Because we are Muslims. We don’t fear death,” the person who identifies himself as Nadeem said.

Sabnam plays the victim card and threatens to commit suicide
After the audio went viral, Sabnam played the victim card in her Instagram stories. She said, “For the first time, you have been giving me rape and death threats for the last two days. You are adding me to random groups and abusing my religion. I cannot take it anymore. When I was alive, others like Abhishek Dev, Yuvraj, etc., gave me rape and death threats. My mental health is ruined. I was already in a depression, and you have made it easier for me. I have talked to my parents for the last time. Now Police will handle this.”

She added, “I am freeing myself from this life. You have forced me to take this step. No one is saying anything to the guy who spoke in a live session. I am a girl, and alone that is why you all are threatening me. I have written a not with the names of those who have threatened me. If I am abused without any mistake, this story should be shared widely. Thank you for motivating me to end my life.”

What are the Pros and Cons of Technology?

Major Review: Adivi Sesh as a Sandeep Unnikrishnan the hero from the 2...

What are the Causes and Prevention of Sunburn?