You will be stunned to hear the story of Bhojpuri superstar, who fulfilled his dream by selling Litti Chokha

To feed himself and his family, Khesari Lal used to go from village to village and sing songs for 10 rupees and fulfilled his dream by selling Litti Chokha and his hard work made him the star of Bhojpuri today....... 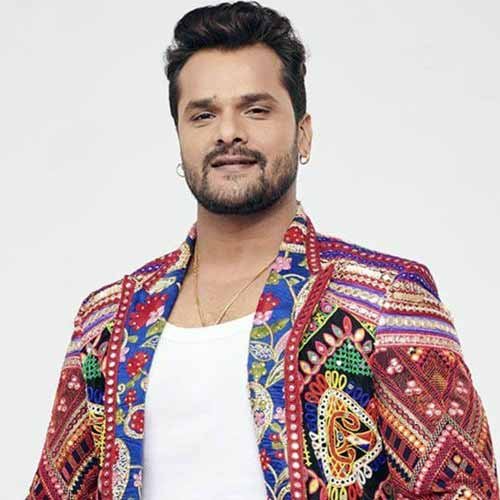 Khesari Lal Yadav was born on 15 March 1986 in village Rasulpur Chatti, District Chapra Bihar. Khesari Lal was born in a very poor family. By the time of the birth of Khesari Lal, his parents did not even have their own house. His childhood and adolescence are spent in the darkness of extreme poverty. And today it is the result of his hard work that in today's time Bhojpuri is one of the biggest superstars of the film industry.

Khesari Lal's family lives in Bihar and Khesari Lal lives in Mumbai with his wife Chanda Devi and his son Rishabh Yadav, daughter Kriti Yadav. | His father's name is Mangroo Yadav, Khesari Lal's father raised his family by selling gram and doing a guard job. Apart from his parents, he has 3 brothers whose information is not yet available.

Talking about the education of Khesari Lal, he is not much educated, he has studied only till the tenth standard due to his poverty. Beyond that, he had no money to study. Due to which he started working hard and diverted his mind from studies and put his mind in the world of songs and films. Maybe this was the way for him. Whatever he and she has today, that property has been possible only because of their hard work and hard work.

Khesari Lal was so poor that he did not even have money to eat bread for two times. Being born in the Khesari Yadav family, cows used to graze buffaloes since childhood. And used to go to the village, go to the market and sell milk and curd. In return, he used to get some money, through which Khesari Lal used to run his house.

Khesari ji was very fond of singing songs since childhood. Whenever there was a kirtan of God in the village, he used to reach there and sing hymns of God. Khesari used to listen to the hymns of Ramayana and Mahabharata since childhood. Due to which his singing started to flourish. At that time, he used to get only 10 rupees for singing bhajans.

Khesari Lal has been a folk singer as well as a good dancer since the beginning. Initially he had to face a lot of difficulties to become a Bhojpuri singer. It was very important to have money to do this work. He had to sell litti chokha to collect the money. In which his wife also helped. After a few years he started singing in the Bhojpuri album. Due to which he got immense love for his songs in Uttar Pradesh, Bihar and Jharkhand and where Bhojpuri is spoken. He sang many Bhojpuri hit songs ``Piyawa Gaye Re Hamar Saudi Re Bhauji", "Saiya Arab Gaile Na" and "Saiya Aiba Ki Na Aiba" and "Lehanga Me Meter" are his famous album songs. . The fans of his Bhojpuri songs are today in many places all over the world where people like to listen to Bhojpuri songs and videos of Khesari ji are seen in millions on platforms like YouTube.

Khesari ji's film 'Saajan Chale Sasural', released in 2012, made him a superstar of Bhojpuri films overnight, after which he did not look back. He has also worked with many big actors like Dinesh Lal Yadav, Pawan Singh.

In his early days he used to sing in Ramayana and Mahabharata. His debut album was released in 2008. Some of the early famous songs are "Saiyan Arab Gaile Na '', "Maal Mela Me Bhetai ''. In 2014, she made her Bollywood debut as a singer with the song "AK-47" from Koyelaanchal. In 2016 he sang his second Bollywood song "Holi Mein Ude Gulaal" for the film Global Baba. In 2017, he won the Best Playback Singer award at the Sabrang Film Awards. His notable songs that year were “Kavana Devta Ke Gadhal Sawal” and “Jaan Gayini Ye Ho Jaan.” In 2018, he released one of the most popular songs “Okay Hai”. In 2020, she released her third Bollywood song and "Ladki Patana" produced by Sony Music India.

In 2021, his second Bollywood single "Tere Mere Darmiyan" was released. Khesari collaborated with Bollywood rapper Badshah on the Bhojpuri version of "Pani Pani", originally sung by Aastha Gill and Badshah. The Bhojpuri version was released under Saregama and Badshah rapped in Bhojpuri language. The song garnered over one million views within 60 minutes of being uploaded to YouTube, becoming the first Bhojpuri song to do so. He worked with singer and music composer Shipra Goyal in his next Bollywood single Romantic Raja, which was choreographed by Mudassar Khan and the song was written by Kunal Verma.

Famous Indian Cricket And Their Qualification